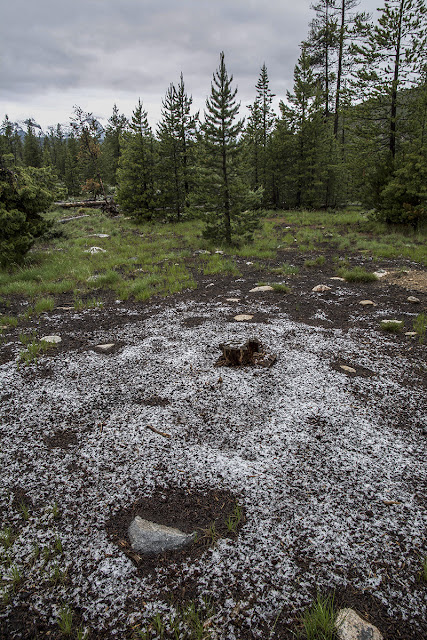 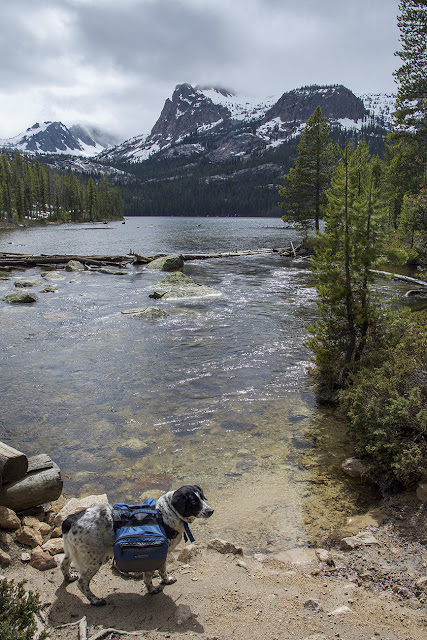 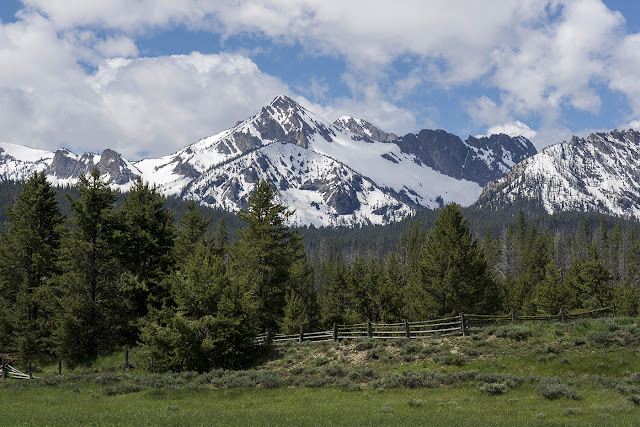 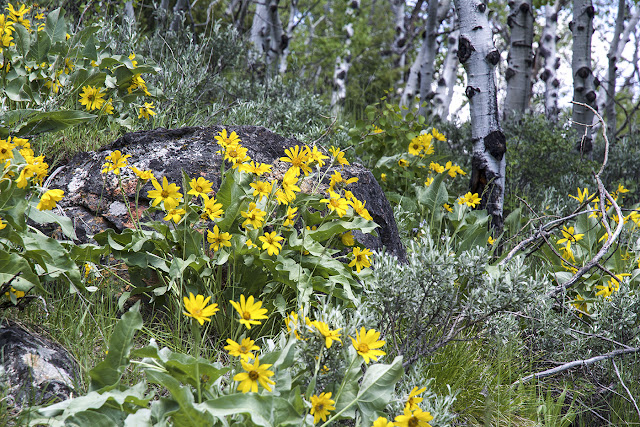 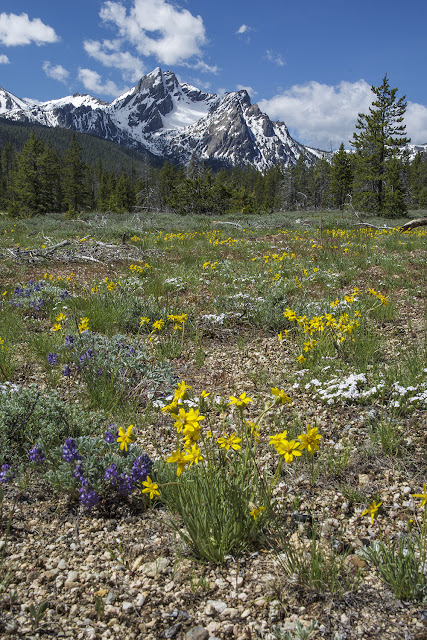 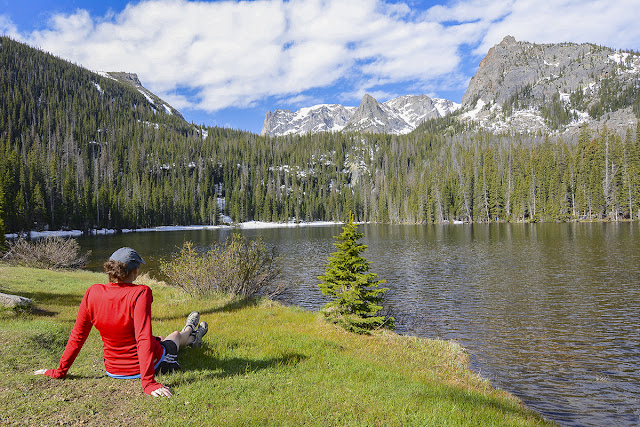 Thanks to Grandma for watching the kids so Cami and I could take a hike into Rocky Mountain National Park.  It was a perfect weather day and a treat to spend a day in a beautiful place with my beautiful wife!


The hike to Fern Lake (9,500ish ft.) was snow free on an easy trail.  At Fern Falls, we walked right up to a backpacker who was taking pictures of the waterfall.  The falls were so loud that he didn't hear our voices or footsteps.  It startled him and he jumped and accidentally dropped his smartphone in the water!  Just kidding.  He didn't drop his phone, but we did give him a good scare.  We wouldn't see another soul for the rest of the morning, which is rare for this part of the park.

The trail past Fern Lake was completely covered in snow.  The nice thing about spring hiking in the National Park is that all the snow on the trails has been packed down by the many visitors walking on them.  This makes for easy hiking on top without the dreaded postholing.  All we needed were microspikes on our boots. 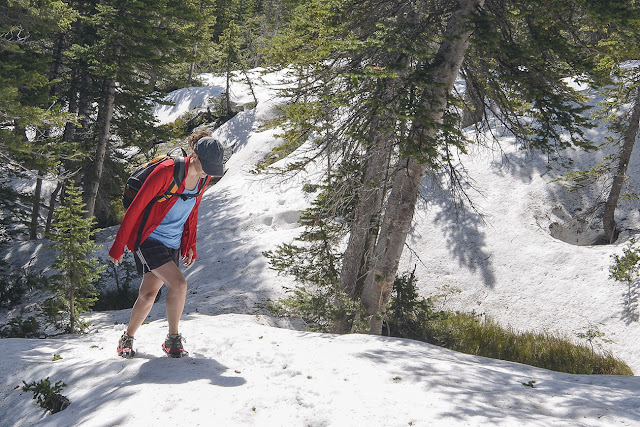 We had the lake all to ourselves for lunch.


James and I spent a day hiking, snowshoeing, and postholing to Emmaline Lake in the Comanche Peak Wilderness west of Ft. Collins. 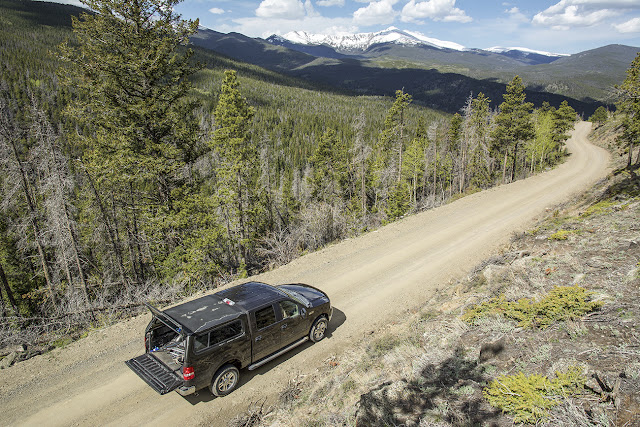 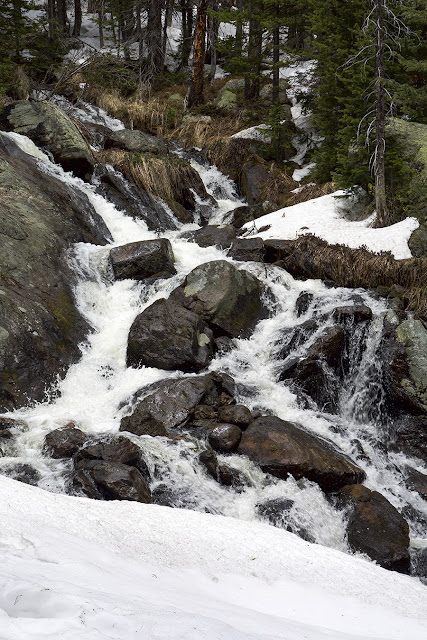 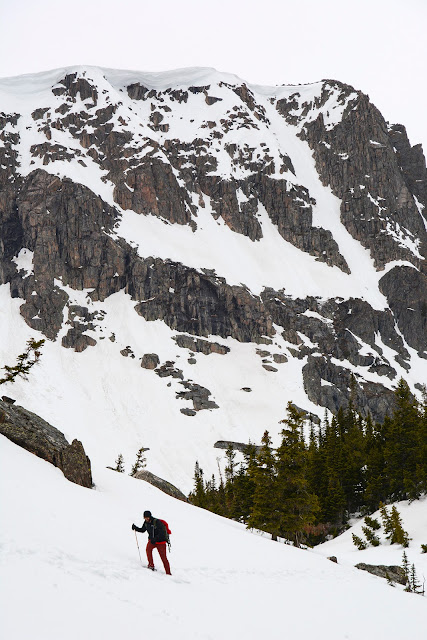 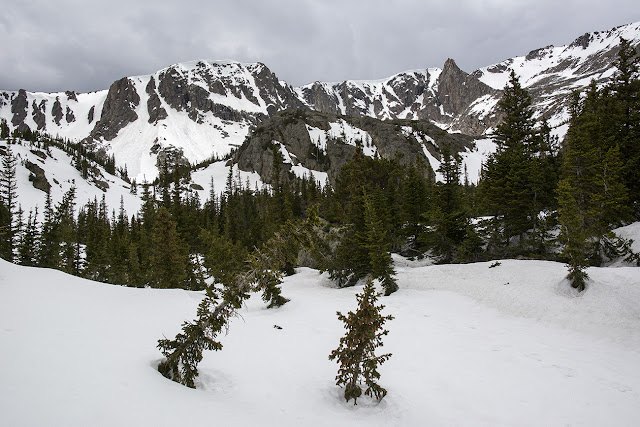 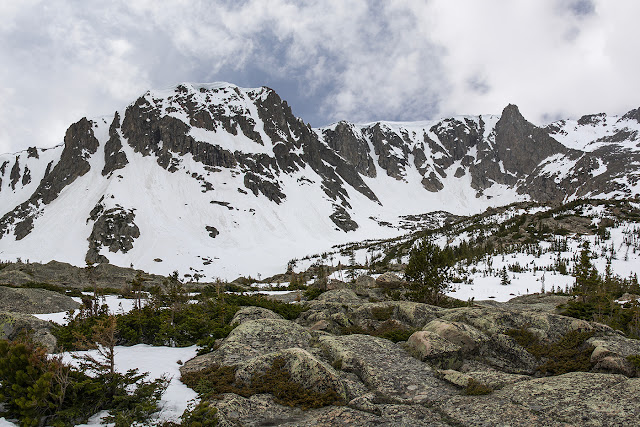 Once we reached the lake, the storm clouds rolled in and we got hailed on and had to take cover in some bushes. 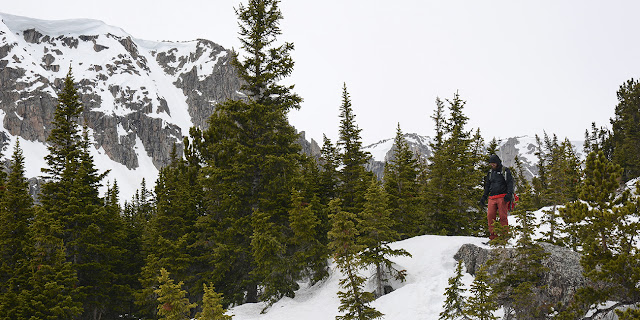 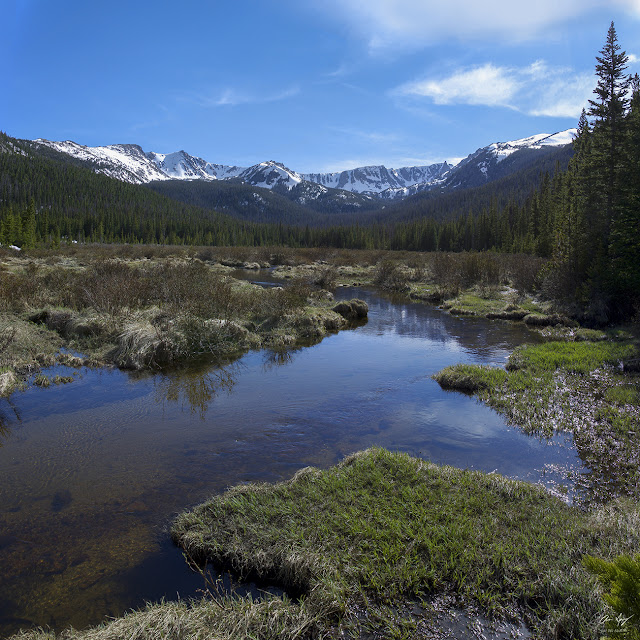