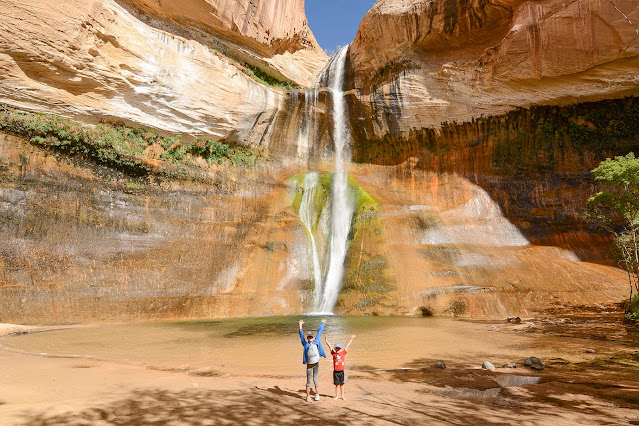 This year's big trip was to visit some of the national parks in Utah that we'd never seen before.  We told friends we'd be gone anywhere from 1 to 3 weeks and had the time off in preparation.  The plan was to go until either Cami and I or the kids had reached that point where we'd had enough traveling.  As expected, the trip went closer to the 1 week mark than the 3 week mark.  I think it was 9 days total.  Utah is such an amazing place were every different area has its own unique landscape.  All the canyons and deserts and rock formations make it look like you're on an alien world!

We spend the first 3 nights in Moab with Grandma & Grandpa.  They stayed in their camper and we stayed in a tent and it was HOT.  None of us got much sleep at all the first night even with the tent uncovered and sleeping out in the open.  The temps were just too high even at night.  Luckily, the campground where we stayed had a pool.   We'd been to arches before, and forgot how cool it was. We spent a couple evenings here exploring and shooting the sunsets and the stars at night.  One of the mornings, Dad and I took the ATVs to Gemini Bridges, another cool set of arches off the beaten path a little. 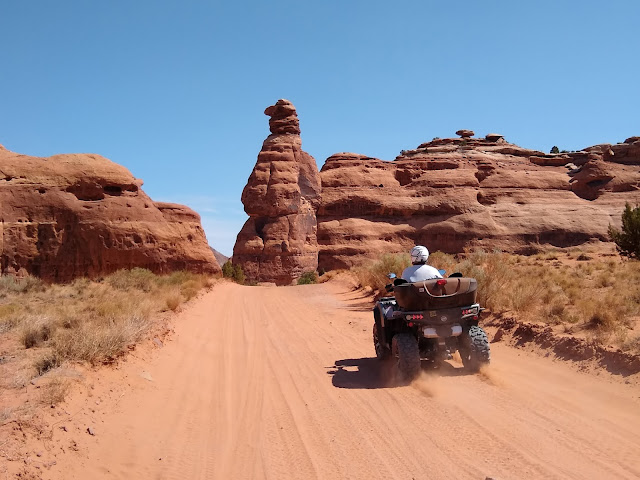 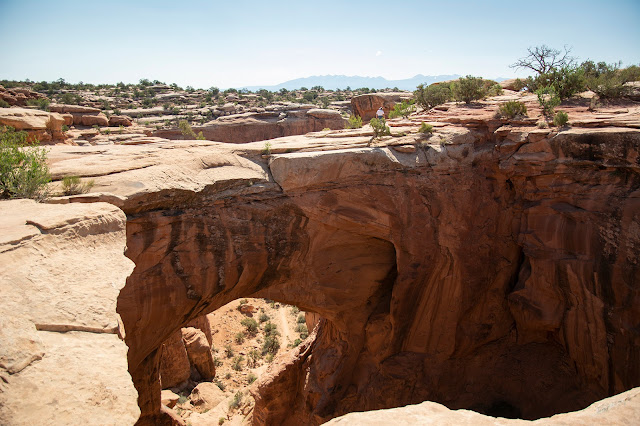 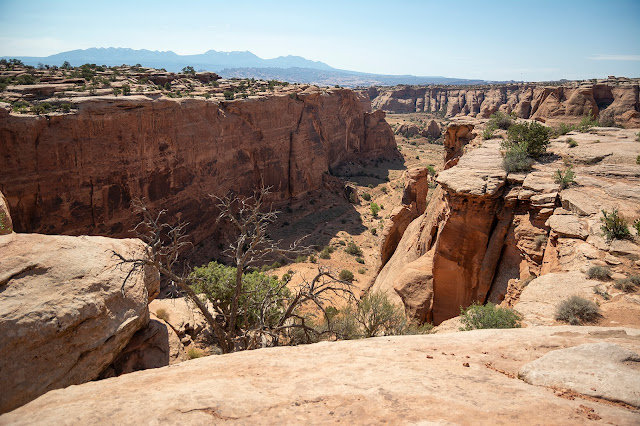 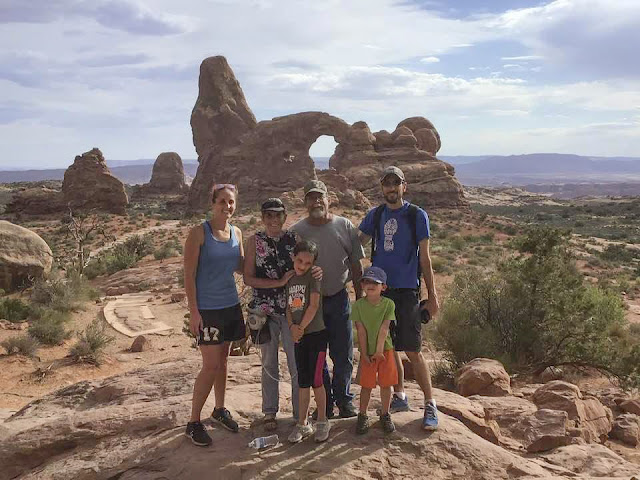 Mom and Dad left for home and we continued on toward a few cool locations that we thought would be fun for the kids.  Goblin Valley was simply awesome!  The whole place is like a jungle gym with cool tunnels and mushroom shaped rocks to climb on.  We spent hours just running through the area and exploring all the fun "hoodoo" rock formations with the kids. 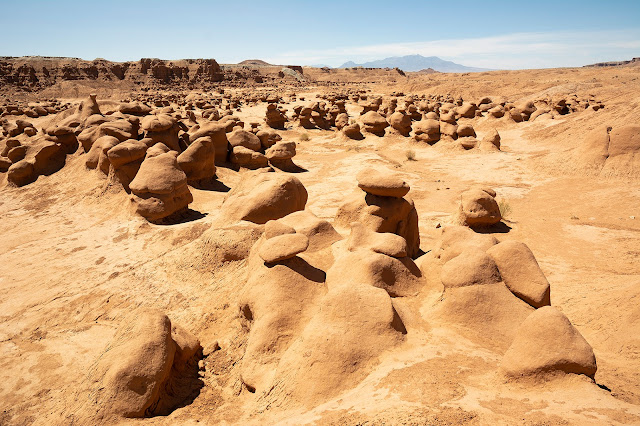 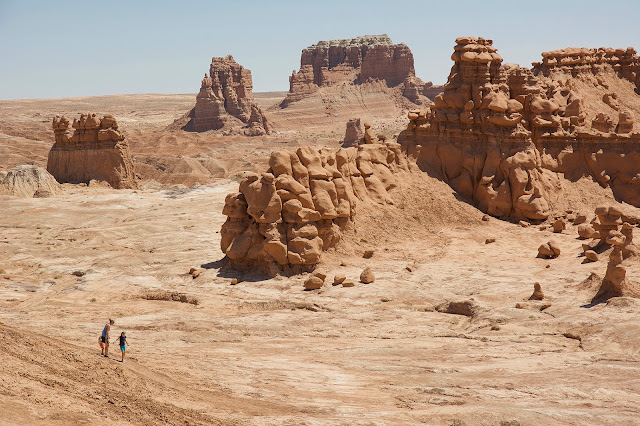 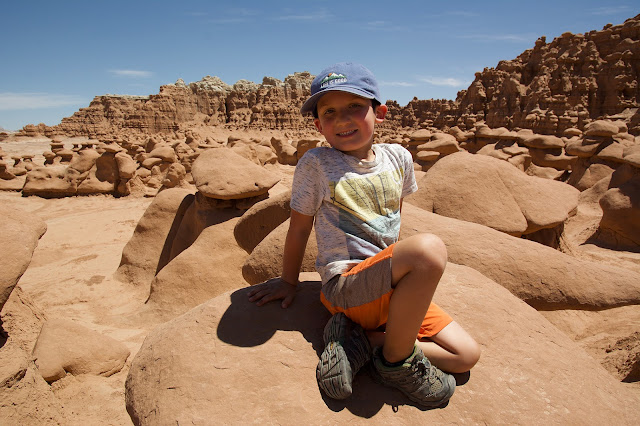 Capitol Reef was maybe not as dramatic as far as the landscape features as these other places, but would probably be one of the places I'd like to spend the most time.  There were very few people here for a National Park, which was surprising to me.  I left the family at the hotel (they needed a break for this evening) so I only got one afternoon/evening here.  If I did it again, I'd definately spend more time here as there were so many cool trails to explore.  I ended up doing a hike up Cohab Canyon and then to Sunset point for...uh...sunset. 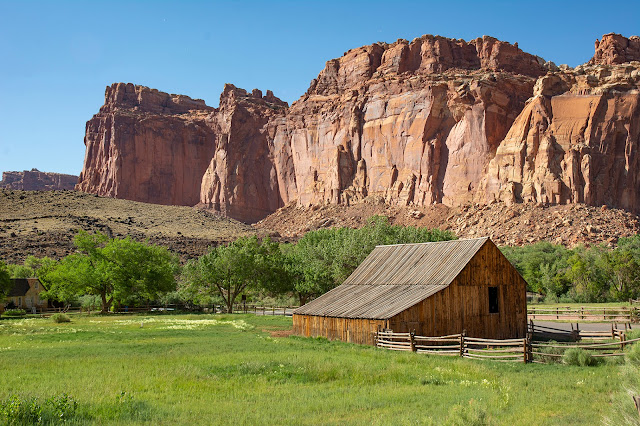 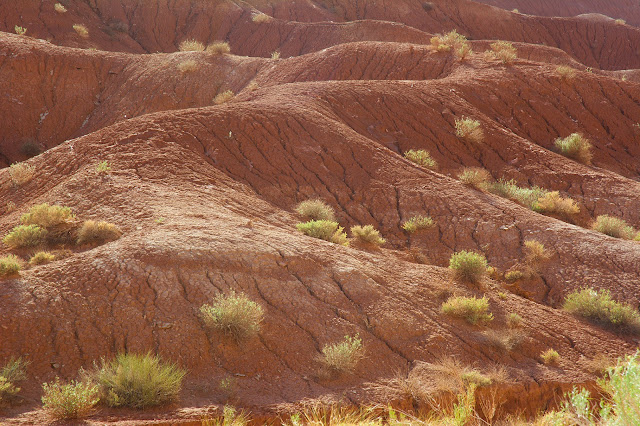 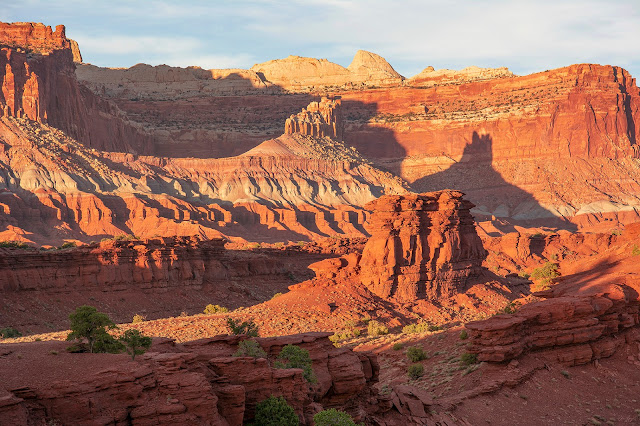 This hike was 6 miles round trip through the desert, so a bit long for Kolby's little 4 year old legs.  They were both troopers though and made it (at least one way) all by themselves.  The end of the hike is this crazy little oasis in the form of a giant waterfall with an ice cold pool tucked into a canyon.  It was like something you'd see in a tropical island.  These falls are apparently becoming very popular for tourists, but we didn't see too many other hikers here at least compared to what we're used to in our front range mountains.  The kids went for a swim and had a blast before the long hot hike back to the car.  When we reached the car again, Kolby must have had 2 lbs. of sand that he dumped out of each of his shoes.  We were cranky after this hike and ready again for the pool at the hotel.  Good times!

Bryce was way cooler than expected.  What an interesting area with red, white and orange spires sticking up all over the place.  You can hike down through them too.  This was also a nice spot because this national park is at a little higher elevation so it wasn't so hot here.  Sunrise with the Thor's Hammer rock formation was the highlight. 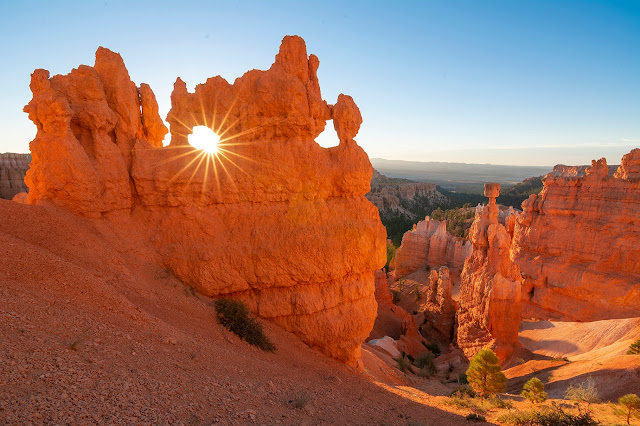 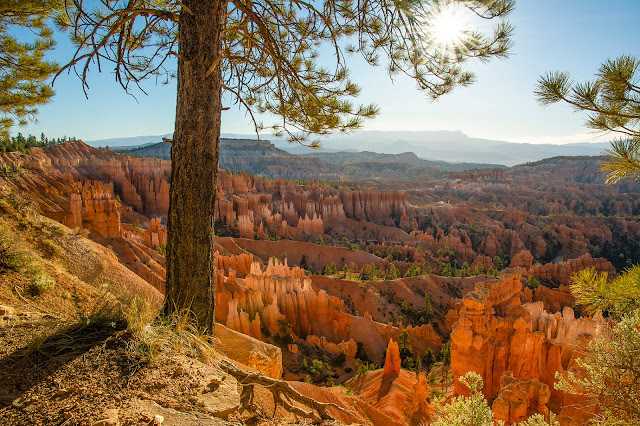 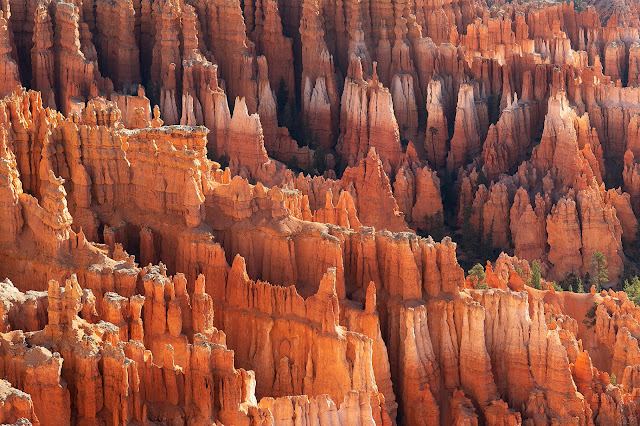 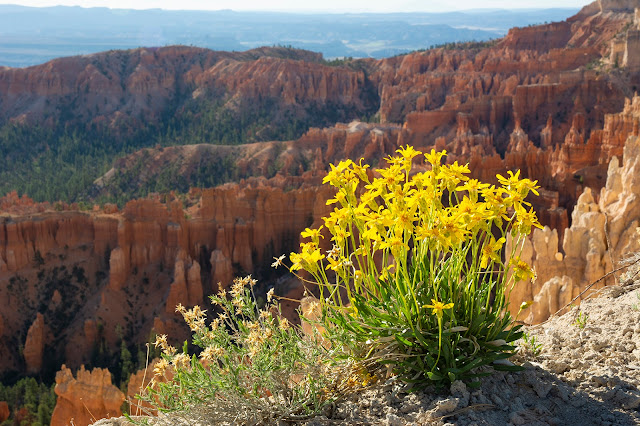