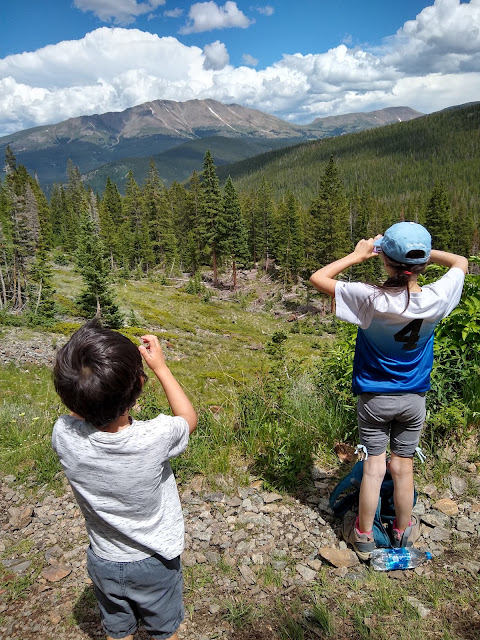 We took the kids on what is becoming our yearly backpacking adventure to what I thought would be an easy hike up to Mohawk Lakes near Breckenridge.  They both brought their new children's cameras and had a great time taking pictures of all the mountains, wildflowers, ruins and waterfalls along the way. 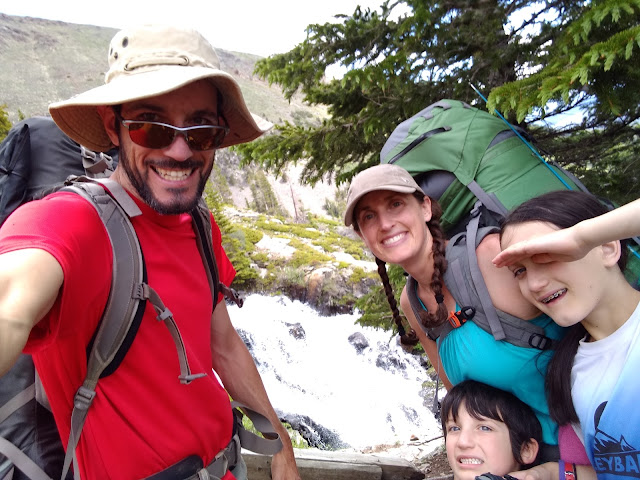 Part way up, we had to take shelter from a rainstorm in the trees.  As the rain was dying down and the sun peaking through, KD guessed that there might be a rainbow nearby.  Sure enough, we looked behind us to see an awesome full rainbow below us in the valley.  I only had a few moments to grab a cell phone shot. 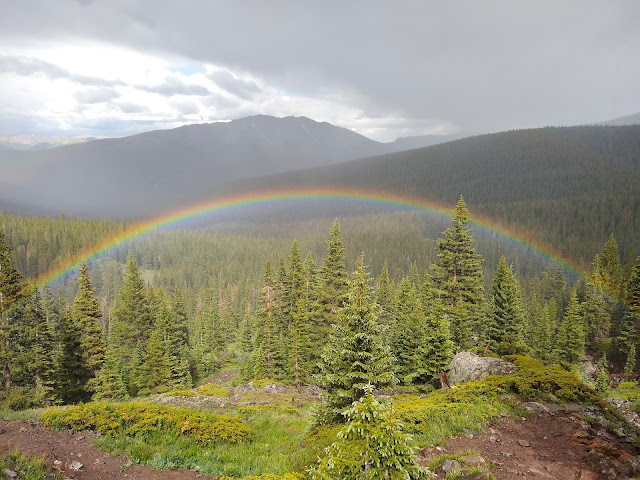 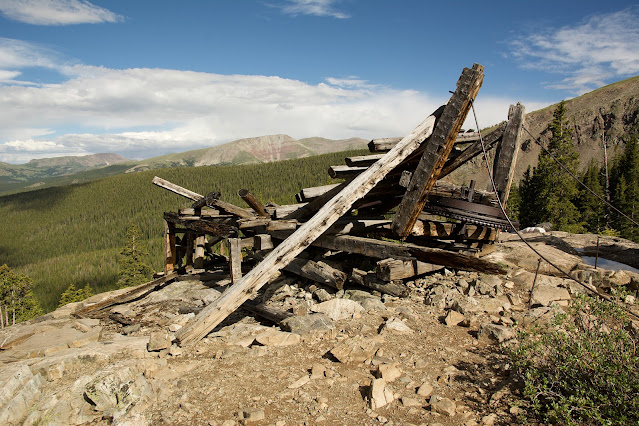 It took us a while to actually reach our camp at mayflower lake as we hiked up some steep switchbacks for a while.  This wore the kids out pretty well and they both had about nothing left by the time we reached the lake. We set up camp quickly and made dinner.  There were trout everywhere in this lake.  I tried to catch something, but they were not interested in lures.  A few people were catching them on flies.  I'm 100% positive I would have caught dozens of fish with a handheld net.  I tried to sneak up on a few to see if I could grab them with my bare hands, but Tootsie kept scaring them away.  I think she wanted to try it too!  After sleeping very little due to a dog that wanted to play fetch at 1am, I rose before dawn to hike up to the upper Mohawk Lakes to catch a bright and beautiful sunrise. 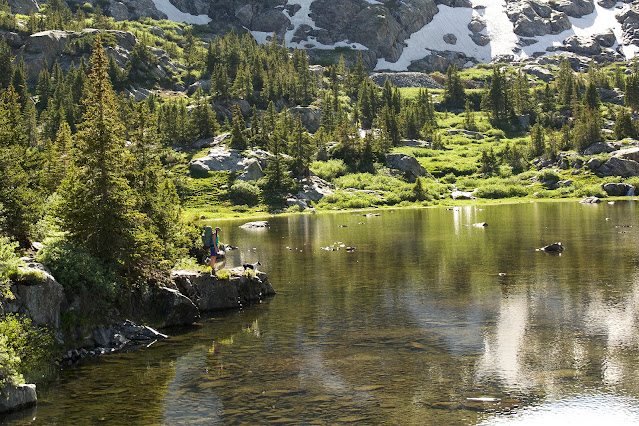 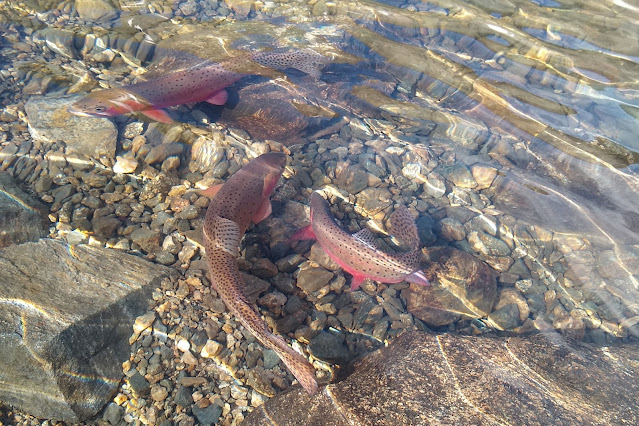 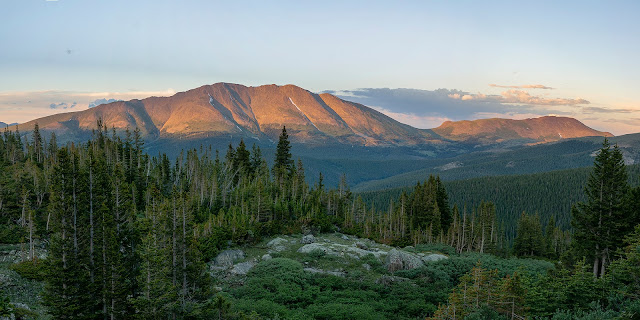 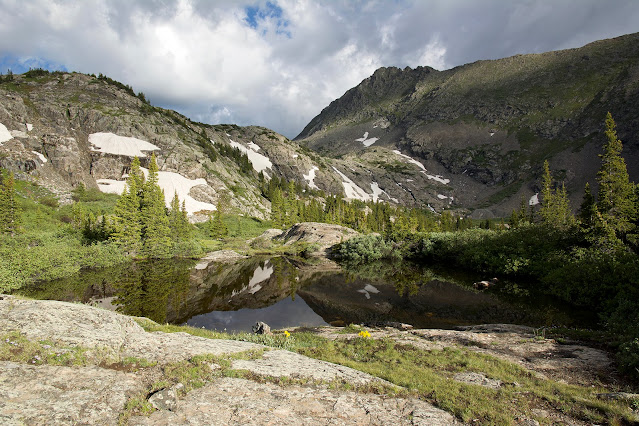 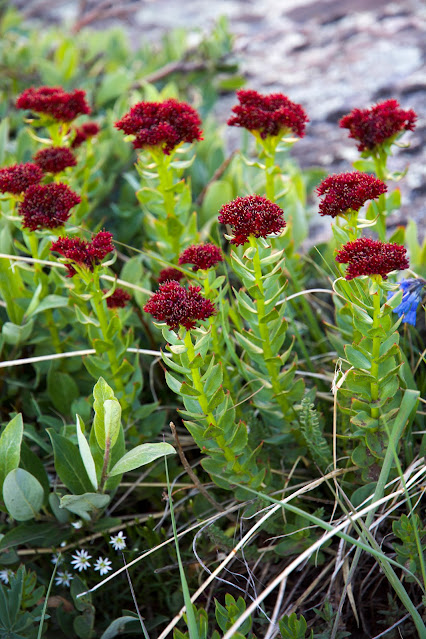 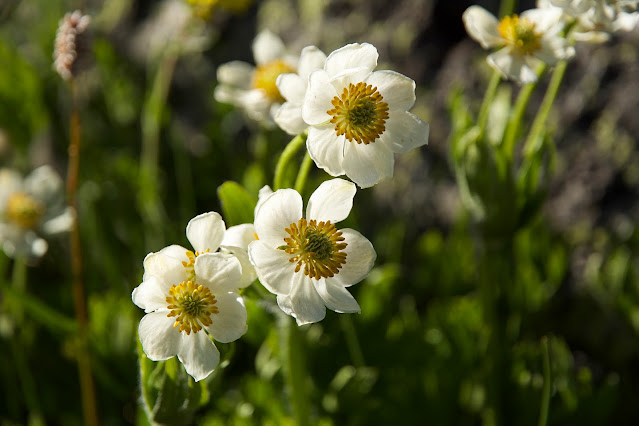