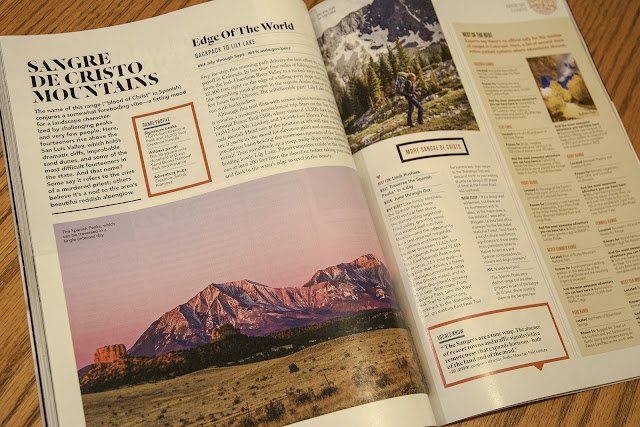 One of my sunrise photographs: "The Spanish Peaks" is being featured in the December issue of 5280 Magazine (the Denver magazine).  You may have seen this magazine in the supermarkets.  They are showcasing different mountain adventures/hikes/climbs from around the state and telling about some lesser known mountain ranges.


This particular article talks about the long day hike of West and East Spanish Peaks in the Sangre de Cristo mountains.  Jason and I once summited West Spanish Peak and have also failed to reach the the summit on numerous other attempts.  Right across the page from my image is a shot from one of my favorite Colorado photographers, Jack Brauer, who is basically the Jack Bauer of mountain photography.  So, that's pretty cool.