For years, my brother and I have been hiking (or attempting to hike) West Spanish Peak from the wrong trailhead.  I was 17 years old when we first attempted to summit this mountain.  We were camping out at my parent's lot down in the area and decided it would be fun to climb to the top of the Spanish Peaks.  So, we just drove toward the mountains from I-25 until we found a good spot to hike.  Jason and I started at 4:00 in the afternoon with no food, jackets, flashlights, knowledge, or wisdom.  We just thought it would be cool.  The route we took was from the east side and the trail ended in a bowl a little above treeline.  From there, we cat crawled up steep, loose talus/scree trying to reach the ridge line until we were exhausted.  The clouds rolled in below us at sunset, and we knew we'd been defeated.  Walking back in the pitch dark without a light was an experience.

We would later attempt this same route multiple times until we finally made the summit with our friend Dustin a couple years later.  Little did we know that there is a nice standard route to the summit from Cordova Pass.

Fast forward 17 years and West Spanish Peak makes for a nice warm up for the summer hiking season.   The gain is less than 3000 feet, but is fairly steep and makes for a good workout.  It's been well over a year since I've been above 13k and it felt like it.  I remember how difficult and tiring mountain hiking is.  Though I've been working out and doing cardio at home, it doesn't fully prepare you for the altitude. 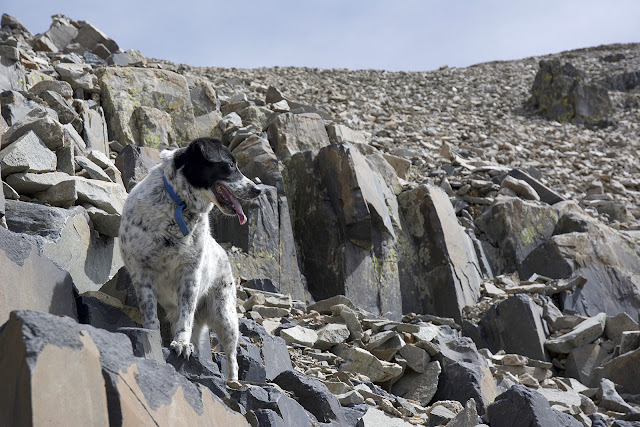